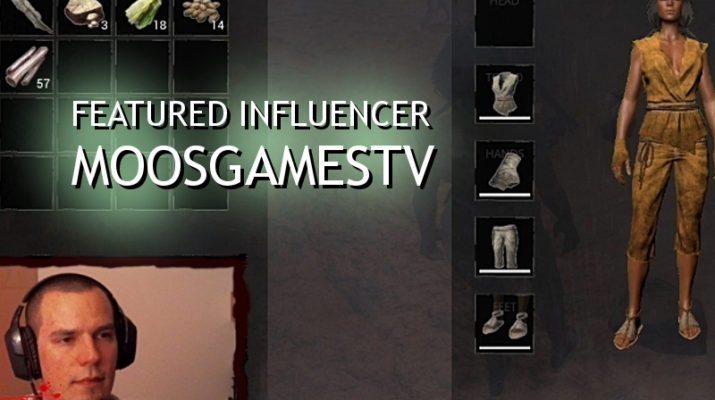 Every now and then, we’ll introduce new players and influencers that have joined Esportsium to put themselves on the market for sponsors. Today, we’re looking at a promising player from Germany.

His favourite game is “Conan Exiles” and his stream name is MoosGames. He has almost 8,000 viewers on Twitch, and he’s very accessible online. Moos also has his own YouTube channel called MoosGamesTV, and he offers both “Let’s play” videos to help you get in the game and enjoys feedback to help him improve.

Q: Please give us a quick introduction to yourself.

A: I’m Moos, you probably know my Twitch name MoosGames and my YouTube Channel MoosGamesTV. I’m from Hamburg/Germany and I’m 35 years old.

Q: How did you get into gaming? Do you have an idol? What’s your personal goal in gaming?

A: I’ve been gaming all my life. I got my first PC as a kid in the late 1980s. I’ve been playing all variations of games that are out there and I have the tendency to really dig deep into games that I enjoy.

Even though I’ve played some games competitively, I’m primarily gaming just to have fun. That’s also true for my streaming. I’m streaming for fun – just to have a great time. I feel that streaming enhances my gaming experience, as I’m able to interact directly with my viewers that give me feedback and even tips and tricks and their point of view for the games I’m playing.

I’ve been watching other games on Twitch a lot and streamers like AdmiralBulldog, Kripparian, Pawnyhof and Sjow really inspired me.

Q: Conan Exiles isn’t one of the biggest games in the scene. Please give us a quick rundown of the game and tell us why this is your favourite one.

A: Conan Exiles had some notable success in the beginning of their Early Access phase in 2017, but was quickly dropped by the professional streamers because of bugs and issues that affected the gaming experience. Since I wasn’t streaming at that time, I was able to cope with these issues for a longer time, but also stopped playing after around 500 hours in-game.

I revisited Conan Exiles in early 2018 and again fell in love with the game. The game developed considerably throughout the EA phase and has become an awesome mix of different genres that I enjoy. There is the survival and PvP part of the game, but also the exploration and PvE parts and the incredible building system that I enjoy a lot. I’d recommend this game to anyone that enjoys Ark, Skyrim and Minecraft and all that in awesome graphics and a fun multiplayer environment. 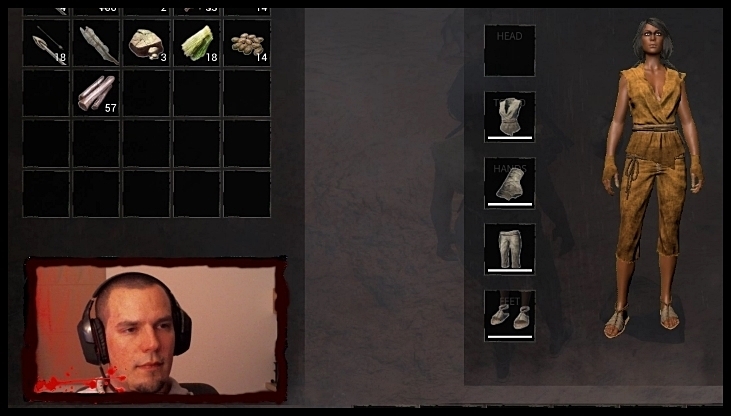 Q: Esports have been growing exponentially in the last couple of years. Can you explain what the fascination is? How big do you think it can grow?

A: Esports will continue to grow as the acceptance level rises. Years ago Esports was considered to be only for nerds, but a wider audience understands that the competition and skill level in Esports is real and that it isn’t much different from other sports that you primarily use your brain, dexterity and quickness of reaction for. I expect Esports coverage to reach the level of other popular sports on TV in the 2020s.

Q: What is your favourite character/gaming style and why?

A: As I’m a variety gamer this frequently changes, so I can’t really give a straight answer to this question, other than that I’m a PC gamer and don’t own any consoles (anymore). Well…thinking about it now, I think my favourite game character is Deckard Cain from Diablo II. Even though it’s only a NPC, it makes me feel comfy to hear his voice say “Hello my friend. Stay awhile and listen”.

If you’d like to watch MoosGames play Conan Exiles, check him out by clicking the link here: Twitch: MoosGames.

Stay locked into Esportsium and we’ll be featuring more esports influencers who are on their way to becoming esports and gaming stars.