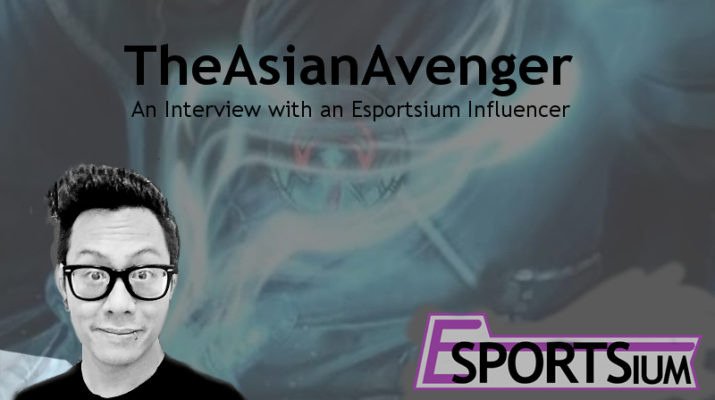 It has been his commitment to his audience, an enthusiastic dedication to his stream schedule and switching to playing Magic The Gathering Online (MTGO) that has helped him grow. It is our pleasure to introduce recently signed Fade2Karma Team Member, TheAsianAvenger. (Fade2Karma Bio)

TheAsianAvenger: My name is Crim aka TheAsianAvenger and I’m a Magic the Gathering Arena (MTGA) streamer and really just a card game enthusiast and I’ve been this way since elementary school. My first competitive deck in Magic was Astral Slide 😀 But I’ve played other TCGs like Yu Gi Oh, Pokemon, and Hearthstone. I’ve also dabbled in Shadowverse and Eternal.

Q: How did you get into gaming?

A: I think it all started with with my dad. He and I used to play checkers since I was little and that made me enjoy the PvP side of gaming. My dad was competitive so he would demolish me in games thus giving me the drive to get better. As the years went by my competitiveness would eventually lead to TCGs and video games whether it was MTG, Pokémon, Yugi Oh, or something as simple as Mario Kart.

Q: Do you have a gaming idol, someone in Esports that you look up to?

A: Wow…a gaming idol…hmm…This would be too long of a list but I look up to anybody that stuck through the grind and got out there playing at a consistently high level and mastering their craft.

A: My goal in gaming is to eventually grow my Twitch channel and just have fun doing it with a game I love like MTG. I want to foster a community of non toxic people and players of all skill ranges. If this leads to being a “pro” then I can’t complain. Another goal is to spot lethal 😉

Q: Magic the Gathering isn’t as popular as Hearthstone. Please give us a quick rundown of the game and tell us why this is the game you are streaming.

A: MTG offers deeper gameplay with the ability to interact with your opponent’s abilities and on your opponent’s turns. Not to say one game is better than the other but a lot of games were built off of MTG and there’s definitely a reason why the game has been around for 25 years. The only reason I wasn’t doing this before was because the UI for MTGO was a bit rough.

MTGA has finally given me a digital magic game that I can get behind. The potential for MTGA is off the charts but at the same time it’s hard to compare any game to Blizzard games. Blizzard is king for a reason. Everything they do is well polished but if MTGA keeps listening to its player base, it could finally give MTG that digital presence it deserves.

Q: How is your experience in working with the Esportsium site?

A: Where do I start? Mark found me and I haven’t looked back. I mean he does my cooking, laundry, taxes, and even mows my hypothetical lawn that I don’t own yet. In all seriousness, partnering with Esportsium …they’ve taught me how to handle situations a bit more professionally. I’m still a little green but hopefully Esportsium can help me shake that. 😀

Q: Can you tell us about your signing with the Fade2Karma Team?

A: The road to F2K was hard work but work that has paid off within just a few weeks of being part of the team. Being a part of the F2K Roster means a lot to me. It means I’ve hit my goal of getting on an esports organization that I’m a fan of. I followed them from Hearthstone and now I get to play Magic for them. Moving Forward I don’t just play magic for myself at Grand Prix and PPTQ’s but I represent an organization I’m proud of 😀 Its time for F2K to get on the map for Magic 😀 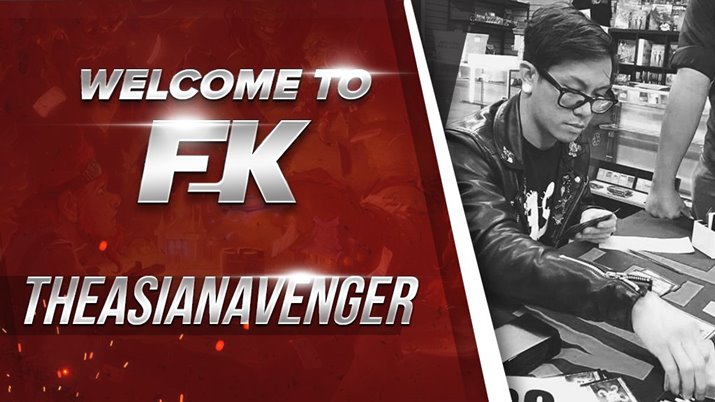 If you would like to see what TheAsianAvenger is streaming, visit his channel on Twitch: TheAsianAvenger and be sure to follow @Esportsium and @TheAsianAvenger on Twitter to stay up to date with the latest up and coming stars in gaming, poker and esports.

If you would like to receive mentoring and assistance to build your social profile, please contact us: Get Sponsorship

EDITORS NOTE July 31, 2018: After TheAsianAvenger received sponsorship from F2K with our assistance and his commitment ended, we mutually decided to part ways. We wish him success on his solo journey.